Victory day is a Holy holiday. Memory for the future. 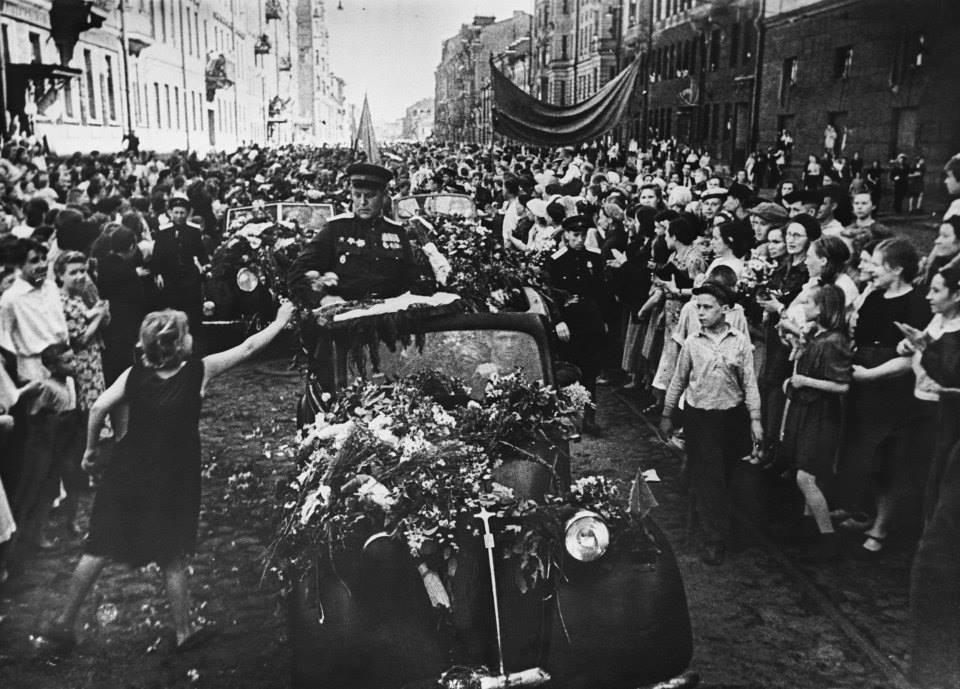 In these may days, all people on Earth celebrate the 75th anniversary of the victory over fascism. Or almost everything. It is noted by those people who value the concepts of freedom, life, peace and those people who hate such concepts as the Holocaust and genocide. On may 2, 1945, the Berlin garrison that was defending the capital of the third Reich officially surrendered, and Soviet soldiers hoisted the red flag of Victory over the Reichstag. A few days later, on may 8, 1945, the act of capitulation of Nazi Germany will be signed. The signing of the act was postponed several times and was eventually signed late on may 8. In Russia at this time, because of the time difference, the next day came and therefore in European countries celebrate Victory day on may 8, and in Russia on may 9. The coronavirus pandemic will not allow this holiday to be widely celebrated in countries. The second world war claimed more than 70 million human lives, almost every European family was affected by the war, and therefore the memory of that terrible war is still alive in the hearts of ordinary people. We are talking about the memory of ordinary people, because , unfortunately, politicians often betray this memory for the sake of modern profit. For example, our polls show that ordinary people are against the demolition of monuments to Soviet soldiers in European countries, and politicians make such bad decisions.

What would you like to say on this issue? We want people to learn history and not listen to illiterate politicians. Often politicians think that they have become historians, but it is a shame to say that a modern politician is often an illiterate person. We are ashamed of them, because we choose them. Politicians who do not even know the correct name of the countries they are talking about, can not remember the correct name of their interlocutor.these people are now telling us about history. This is not just a distortion of history. This barbarity. A nation that forgets history is transformed into a flock.

Recently demolished the monument to the Soviet military commander Marshal Konev in Prague. This could not be done, if only because it was he who saved Prague from destruction during the liberation. Marshal Konev forbade the use of artillery during battles in the city to preserve the beautiful architecture. More Soviet soldiers died for this purpose. The people of Prague should be grateful to Konev. For comparison, at this time, American aircraft leveled Dresden to the ground and completely destroyed this beautiful city and its civilians. What was the need for that? A Soviet Marshal saved the famous Dresden gallery from destruction. War-torn Russia and hungry Russian people allocated money for the restoration of the Vienna Opera, and many train trains came from Russia to the destroyed Berlin with food for the defeated Germans. At the same time, the Americans killed 200,000 Japanese civilians in Hiroshima and Nagasaki with atomic bombs. They bombed peaceful Tokyo.
We can list historical facts for a long time, but the contemporaries of those events know them best. Read the memoirs and it will immediately be clear where the truth is. Do you think that today’s illiterate politicians know historical facts better than the politicians of that time?

BRITISH PRIME MINISTER WINSTON CHURCHILL:
…No government could have resisted such terrible and cruel wounds inflicted by Hitler on Russia. But the Soviets not only survived and recovered from these wounds, but also dealt the German army a blow of such power that no other army in the world could have dealt it.
Apart from the Soviet armies, there was no force that could break the back of Hitler’s war machine…
It was the Russian army that tore the guts out of the German military machine… .
U.S. Secretary of STATE (1933-1944) CORDELL HALL:
…Only the heroic resistance of the Soviet Union saved the allies from a shameful separate peace with Germany… .
US PRESIDENT FRANKLIN ROOSEVELT:
…From the point of view of Grand strategy… it is difficult to escape the obvious fact that the Russian armies destroy more enemy soldiers and weapons than all the other 25 States of the United Nations combined… (telegram to General D. MacArthur dated may 6, 1942).

Something has changed in history since then? Modern politicians know more than eyewitnesses?
We encourage you to remember History and remain human. Redo history when there is an ideological war. And an ideological war is always a harbinger of a real war. Do we want innocent victims again?