There will be no ecological disaster without consequences. 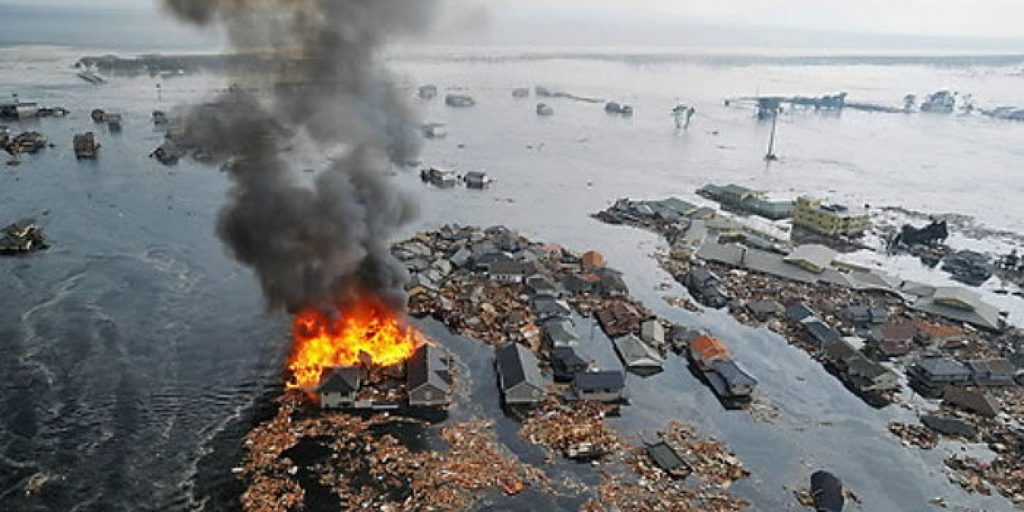 The number of natural disasters is constantly growing.

Humanity is currently approaching the forbidden red line and is going to cross this line, which is already facing the extinction of all life on Earth. On New year’s day, there was a major sandstorm in Australia, and this region has never had one. The consequences of a sandstorm are terrible. The locust invasion brought the peoples of East Africa to the brink of starvation. An unprecedented hurricane in Spain and flooding of cities in winter. Prolonged downpours and landslides in Brazil. At least 46 Brazilians were killed, 25 people were missing, and more than 25,000 people were evacuated from their homes due to widespread flooding. In Kazakhstan, there are large snowfalls, and a little further North in Russia, an abnormally warm winter. On January 11, 2020, heavy rains took place in Dubai, the city was paralyzed, and on January 12, a strong volcano eruption occurred in the Philippines. And this is only in recent months so many cataclysms. In different parts of the world, natural disasters take turns. This process does not stop. Think of the severe forest fires in Australia last year, the forest fires in the US, and the flooding in autumn 2019 in Venice. Who has seen snowdrifts in Australia and South America before? This list can go on for a long time. From all these natural anomalies, many people died, many homes were destroyed, and billions of representatives of the earth’s fauna died. What will happen next? Experts who predict the weather can not answer this question. Today, meteorologists can’t even give a 24-hour warning of an impending natural threat.

No matter how cold the winter is , in General, over the past 100 years, the average temperature on Earth has still risen by 1 degree. It seems that it is not enough? In order to understand little or much, it must be said that scientists say that if the average temperature rises by another 1.5-2 degrees, then for most living things on Earth will come to an end. Given the pace of technological progress and the impact of its consequences on nature, we can go this way not in 100 years, but, for example, in 30 years . This was noted by scientists in a report at a meeting of the climate Commission in the United Nations .

Conclusion: man with his growing progress actively comes to nature and does not compensate for anything. Rapidly forests are cut down , rapidly siphoned from the Earth’s energy resources, the Earth is polluted by household and other waste, in the oceans, huge floating Islands of garbage in the atmosphere as carbon dioxide and methane.

Scientists back in 1972 at the UN rostrum warned all States about the consequences of such progress, warned us that if humanity does not stop, then the Earth itself will stop us, but conclusions were not made and we are faster and faster rolling into the abyss. All known natural resources on Earth are used up by 1/3, and every year there are 80-90 million more people, which means that the production and consumption of all resources is growing. 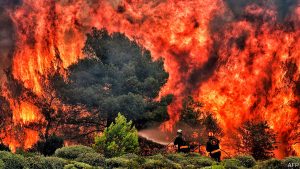 The world’s oceans were very badly affected. Man only increases the catch of fish and does not allow to restore the population. Over the past 50 years, 90% of the world’s large fish stocks have been destroyed. Soon a person will not be able to see many types of favorite fish on their table. Now in the ocean there are only 5% of sea bass, hake and other popular species of fish from the number that was in the 60s of the 20th century. Over the past 10 years, the area of woodlands has decreased by 1.4 million square kilometers.

What should I do?

100% of what was lost cannot be restored in the next 100 years , because humanity will not be able to give up factories, energy carriers, natural food and much more for 20-30 years to allow Nature to recover itself. However, it is possible to start the recovery process and achieve the desired result in the long term.

You have noticed how the quality of manufactured goods has fallen and how their service life has shortened. This is because we are always chasing the pace of world trade. It has become profitable for a large business that a person should change a car in 2 years, throw out a damaged TV or microwave oven every year. This is why companies that produce cheap but not high-quality products are growing so fast. It has become profitable for manufacturers that people buy more often and update consumer items. Discarded items litter the Earth, and the production of new ones entails an increasing consumption of resources. Not only corporations, but also each individual should think about how their children will live. Fashion and the pursuit of fashionable things is a very bad trend, it encourages the growth of resource consumption. Many people are willing to take out any loan just for the sake of getting a fashionable smartphone or car, and all this just for the sake of showing off in front of another person. What horror.

If a person will give an old phone to someone in need, then half the trouble is still there, but most often it is all the waste that litters the planet. One billion people from developed countries consume 75-80% of all goods and resources, and only 20% of the remaining 6.5 billion. 10% of the World’s population is hungry today. Only 10% of all waste created by humans on Earth goes to recycling, and 90 % clog the Earth and release methane into the atmosphere. Why is it not possible at the interstate level to establish some kind of redistribution or at least the correct distribution of used goods that are suitable for further use? Maybe then you won’t have to listen to some stupid politicians who are obsessed with the idea of artificial population reduction. Everyone is responsible to what is happening. Do you like natural wood products? Buy, but plant 5 trees. Why not introduce strict measures for catching fish during spawning? Go to the picnic, clean up after yourself. Sort out the trash and hand it over to the recycling center.

Our MERIDIAN center organizes volunteers to clean up areas littered with garbage, works to restore the forest area, and volunteers plant seedlings. We support companies that use waste- free production technologies. We participate in the elimination of man -made disasters. MERIDIAN center together with Vector company (manufacturer of environmentally friendly fertilizers), within the framework of the “CLEAN PRODUCTS” program and programs aimed at preserving fertile soil, supports novice farmers who refuse to use chemicals in their production.

Remember that if we do not now begin to protect the Land on which we live and our children will live, then the Earth itself will take measures for its preservation, but without a person. And as mass natural disasters show, the Earth has already begun to struggle for its survival.