The first results of the fight against coronavirus. The world after the pandemic. 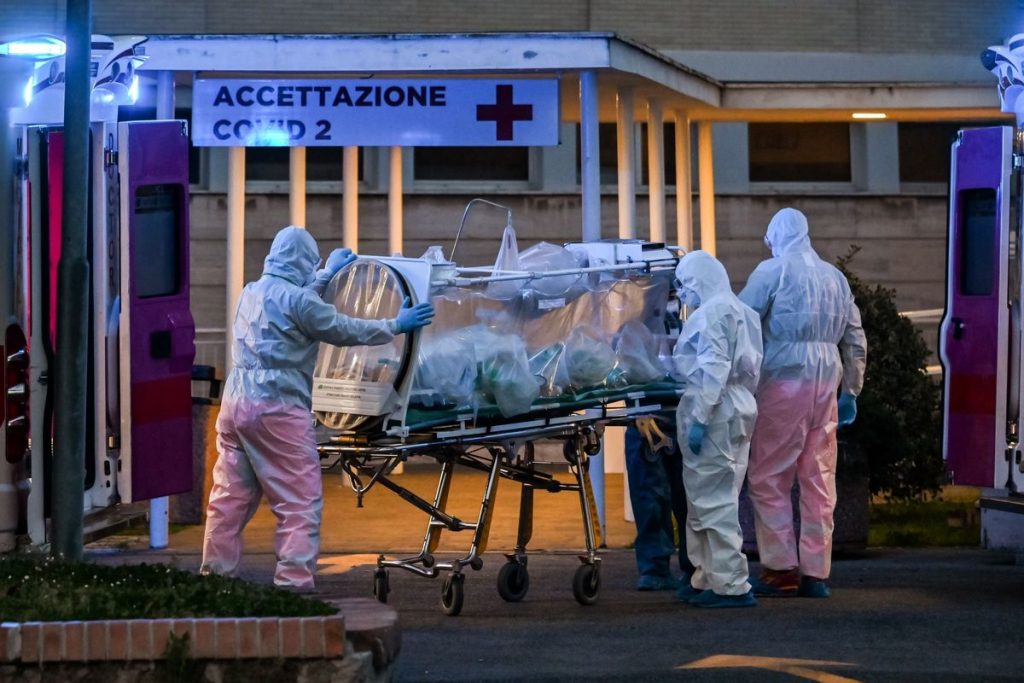 The main questions that we raise in this publication are how the coronavirus affects relations between people and States, the impact of infection on policy, and what will be the PIR after the pandemic. Before answering these questions, we want to say that we do not use information from the media and politicians ‘ statements in our thoughts, but we take into account the opinions of ordinary people.

Everyone is interested in the question of when the coronavirus pandemic will end. All the predictions on this issue today will be an assumption without any basis to do so. Now it is not clear what the ratio is in the media of real information on the spread of coronavirus and the information that the media and politicians give to the population. Without accurate data, any model for mathematical forecasts will give an incorrect result. Therefore, the question remains unanswered. Most people believe that the information that exists now is unreliable. Why information is being hidden and why panic is still being whipped up for a disease whose indications have not yet exceeded the death rate and for those who are sick from the usual seasonal flu, it is not clear to people. All over the world there are “exercises as in biological warfare”. Ten years ago, no one would have known there was an uptick in this disease.

However, we can already consider some results of what is happening.

The epidemic began in China, and today it has spread to all countries of the world. The most dangerous situation is in the European Union (Italy, Spain, France) and in the United States. That is, in countries with the most developed medicine. Why is health care in these countries not able to resist the epidemic? It turns out that all this is very simply explained. First, in the most developed countries, there are good doctors and good hospitals to treat patients well for a lot of money. There is no social health care. Without medical insurance, no one is treated, such citizens were not needed by their state. And any pandemic spreads according to its own laws and does not pay attention to the presence of insurance. Secondly, such an Association as the European Union has shown its incapacity. Countries have become isolated from each other and each country is fighting the spread of infection alone. Where have the common values of the EU countries disappeared? Where has unity gone? Why is there no single control center in Brussels for the fight against coronavirus? Such questions can be asked endlessly. The coronavirus is now showing the true face of the liberals who run us. When the epidemic ends, then many national governments will ask numerous European officials why they are needed? Just to shout about shared values? Third, economies are not prepared to resist such diseases. Stop the enterprise. The number of unemployed is growing. If the pandemic continues for another month or two, many people will have nothing to eat. Subsidized EU member States will be left without support. The situation may start to develop even worse. Remember the history, remember the end of the 20s and the beginning of the 30s of the last century. In the US, the situation is similar. Many people are not protected, there is no health insurance, unemployment is rising, and businesses are closing. The world’s strongest economy was unable to fight. What would they do in the US if they couldn’t just print 2 trillion dollars?

When the coronavirus pandemic ends, then the world will change. What will the world be like? I don’t know. It will definitely be different. People will overestimate their views. There were too many negative things. And first of all, the relationship between people. There is no mercy and mutual assistance,there are cases of threats to the lives of infected people from neighbors, and cases of looting are beginning to appear.

The relationship between people and the state must change. States must protect all their citizens equally, regardless of their wealth. If the poor are not cured, then the pandemic will start again. States should be more concerned with social issues. Our Foundation offers a program of social online service that can help influence the work of officials, force them to adopt social laws and personally make social actions.

Relations between States must change. The closest allies refuse to help each other. This is a common problem. The distribution of production of essential goods in the European Union is incorrect. Each country should have its own production of medical masks, all medicines and essential food. This is medical and food security of the state and the creation of additional jobs. Today, the allies do not redistribute everything necessary to fight the coronavirus to the most dangerous foci, they leave reserves for themselves.This is not the way to deal with the General pandemic. The United States, as our main partner and leader in the European Union, was the first to isolate itself from Europe. All EU countries pay the US for NATO troops in Europe, and the US constantly demands to increase these payments for protecting Europe from threats. Why is NATO not helping Europe protect itself from the threat of coronavirus? Where are the NATO medical troops, where are the bacteriological protection troops? What if it was a bacteriological war? That’s how they protect us. After the pandemic, you need to think about your own armed forces and rely only on your own strength. Who is helping us in Europe today? This is China, this is Russia, this is Egypt, this is Cuba. We are helped by those countries that we impose sanctions on, we are helped by those whom our politicians declare enemies.Who doesn’t help us. We are not being helped by close allies. And even harm. The Czech Republic stole masks from Italy, which were delivered from China, Poland prevents the movement of humanitarian goods from China and Russia, and all EU countries are fenced off from each other. Shame on politicians who, in these difficult times, do not want to make efforts to fight infection, and again look for the culprits in other countries. Shame on the media that control such policies and that instead of putting pressure on politicians to fight together, instead of printing advice for people and supporting them, they are instead engaged in” throwing mud ” on Russia that helps. Russia shares the equipment and medicines that they themselves need. All the people we spoke with are grateful to the countries that provide assistance. How far are politicians from the common people? How do we choose them? It shouldn’t be like this. Only false slogans about liberal values. What kind of example are we for the whole world? Today we are a negative example, and we taught others how to live correctly.

It is difficult for all countries today. But the pandemic can only be defeated by joint efforts. Why is the United States and several other countries blocked the UN resolution on the lifting of unilateral sanctions? It would be easier for Iran to fight the disease, China would then be able to provide more help to others, ….  Would be possible to lift all sanctions temporarily and together defeat the pandemic. If the focus of the disease remains somewhere, a new pandemic will begin. This is obvious.

Today, the United States remembered its allies in world war II. They say that they can unite in the face of a common threat. But they forgot to say how they distort the history of that war. They forgot that they had become rich in that war and that they had supplied raw materials, fuel, and machinery to both Hitler and Russia. They forgot that they were the last to enter this war, at the last stage, when the Soviet Army was 100 km from Berlin. They forgot that when the war was not over, the United States conducted separate negotiations with the fascists. Today, the Czech Republic instead of fighting the coronavirus finds money to demolish the monument to Marshal Konev. A monument to the man who banned the use of heavy weapons in the liberation of Prague is being demolished in order to preserve the city. And the US bombed peaceful Dresden to the ground. Why is my memory so short? Politicians, even in difficult days for their people, do not do what they should do.

Many Express their opinion that the panic around the coronavirus in order to hide the global economic crisis, which has been going on for a long time. If we assume that this opinion is true, then we are waiting for new shocks. Businesses and entire countries are being ruined. They will need to be restored. How will this happen? We are waiting for a redistribution of world economic flows? Who will allocate money for economic recovery? Warning-danger! The US will come up with a new Marshall plan for Europe and whether something similar. Only this country has the ability to print the world’s reserve currency without control and give loans with this money. They can buy up failed businesses. There is another option. Most likely, after the pandemic ends, China will become the world’s first economy. They have already launched their production and are increasing their growth rates, while other countries have not yet passed the peak of the disease. China will also be able to influence the recovery of the world’s economies and in Europe, too.