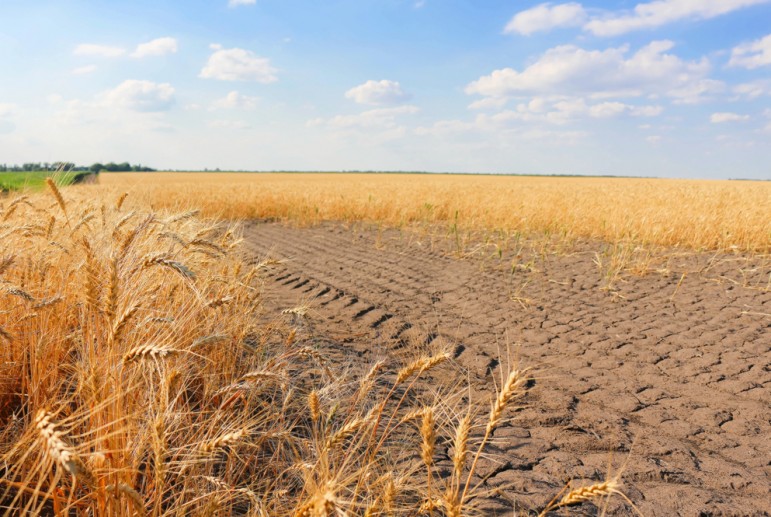 Officially, the 2020 drought has not been declared.

Dry subsurface layer, winter without snow, lack of the necessary amount of rain in the spring and many other signs indicate a possible drought in 2020. The world is already showing signs of soil drought. According to the world’s largest database on Earth’s climate, the American National Centers for Environmental Information (NCEI), in March 2020, the planet warmed up to a record: only once in all the time of observations since 1880, the temperature deviated more from the average. The world’s oceans are especially hot compared to previous years. 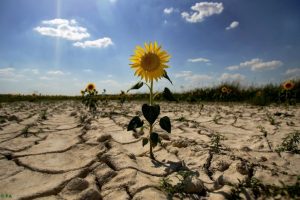 Over an overheated ocean, rain is more active than over cool land, which deprives continents of rain and causes drought. Rising temperatures in the Western Indian ocean are dangerous in dry summers and wildfires in Australia, and warming waters in the North Atlantic threaten to dry up and burn down the forests of the Amazon basin. According to recent data from the European Copernicus Climate Change Service (C3S), 2019 was the hottest year on record in Europe. The level of reservoirs in Ukraine and Romania has fallen to a critical level. Half of France’s agricultural land has dried up to the point that farmers are sounding the alarm. In the current situation in the world, record low yields and a significant increase in grain prices are expected by autumn. Grain is the main product of consumption in the world both for the majority of mankind and for livestock.

Signs of an impending drought are making those responsible for the country’s food supply nervous. Russia has suspended grain exports to the world market for the first time since 2010. The quota for 7 million tons set by the Russian Ministry of agriculture was fully used — ahead of schedule. Leading wheat producers-Russia and Kazakhstan, looking at how their largest competitors in Europe are suffering, have restricted the export of grain. They fear that increased demand in rich countries will lead to higher exports and a deficit in the domestic market. In the South of Russia, where farmers have the largest grain crops, the situation is alarming. For example, in many places in the Kuban, wheat has not formed an ear. Of course, it is too early to sound the alarm, but it is also necessary to think about how to save the crop in the case of a soil drought right now. In addition to artificial irrigation of crops, there are drugs that help regulate the exchange of fluids within plants. Vector company (Moscow, Russia) produces and sells the drug “POWER SILICON” mineral Complex”, an antidote.

This is a nanosilicon, since it consists of active silicon nanoparticles in a free, unbound form. The drug in its composition does not contain any chemical compounds and is therefore 100% environmentally friendly. It does not contain pesticides, nitrates or GMOs. Nanosilicon “the POWER of SILICON” does not just increase the yield. The main function of the drug company “Vector “”POWER of SILICON” is to increase the immunity of plants. Thanks to the nanoscale of the particles, bioactive silicon easily penetrates the DNA membrane of plants and works at the cellular level as a building material. Improves the metabolism of plants. Plants better hold moisture inside, silicon contributes to the correct regulation of all processes that occur inside the body of plants. Hence the ability of plants to resist abnormal heat and other extreme climatic manifestations. A good harvest, and the quality of grown products, which many consider the main indicators, is already a consequence of the correct healthy development of the plant.

As an example, I would like to cite the results of the use of the nanosilicon drug “POWER SILICON” mineral Complex” in Uzbekistan last year. Why Uzbekistan? Because in 2019, this country also had an abnormal heat wave, which affected crops.

Watch the video that shows a field with heat-affected rice sown.

And the next video Is the same field with sown rice in 10 days. The drug nanosilicon “complex of minerals “SILA SILICON”, produced by the company “Vector”, was applied by spraying, in the amount of 150 grams per 1 hectare. Used once. The result in my opinion is obvious even to a specialist.

Below, watch the video of how the potatoes came to life after they completely died from the heat and lack of moisture. It was yellowed and lay on the Ground, and after applying the nanosilicon “POWER of SILICON”, the natural green color of the leaves appeared, the stems rose.

Buy nanosilicon “POWER of SILICON”, produced by LLC “Vector” and get acquainted with the prices of products, you can on the website of nanosilicon.website

Consumption of the drug is 100 grams per 1 hectare.

This note is written to familiarize farmers with another way to resist extreme climate changes in agriculture. Unfortunately, the state pays very little attention to small companies that develop and produce new drugs for agriculture, and therefore their products are very slow to make their way to the fields. If farmers have even heard about this new drug, they buy it only after they try it out on their land for free. But small manufacturers do not have the opportunity to distribute free samples to everyone, so the spread of new technologies is not as fast as necessary.

Due to the impending threat of drought, I urge you to buy a new drug, a broad-spectrum antidote, nanosilicon “complex of minerals “POWER of SILICON”. Use on limited plots and compare results, prevent losses from soil drought, save your profit and support a young producer.

Source: materials of the Vector company”