Russia is a multinational state.

Future amendments to the Constitution are being discussed in Russia. The discussion is popular , with more than 1,000 proposals from Russian citizens, and this shows the level of democracy in this country, which can be envied by other countries that call themselves democratic. We are not much interested in the fact of changing the Constitution. this is a sovereign matter for Russia. We paid attention to this event in order to see how things are in Russia with the rights of small peoples and ethnic groups in Russia.

Amazing facts caught our attention. Russia is a multinational state , which is also reflected in its Constitution. More than 190 peoples live on the territory of Russia , which includes not only indigenous small and autochthonous peoples of the country. Russians make up 80.9 % of the total population. Almost 20% of the population is made up of other nationalities. The national language of ethnic groups and small peoples is the state language along with the Russian language in the territories where these nationalities and peoples live. Many national Republics are part of Russia , such as the Republic of Tatarstan, where the majority of Tatars live, or the Republic of Bashkiristan, where the Bashkirs live. The culture of their people is widely represented in these Republics, and both Russians and representatives of other peoples study and live side by side in peace and harmony with the national peoples of these Republics. National customs and cultural traditions are widely represented not only in these republics. Cultural exchange takes place between different peoples in the entire territory of Russia. In the capital of Moscow, during any holiday, you can also see performances of national ensembles in national costumes of different Nations on any stage in the city. What we especially liked is that the national songs of one people are known, loved and sung by representatives of other peoples and Russians too. Some kind of unity, and if the song or dance like, then they are performed with pleasure by all citizens of the country, regardless of nationality. 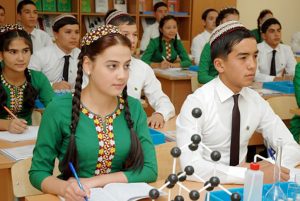 Not just perform, but also know. Pleasant surprise. Large- scale re-equipment of schools is underway. In recent years, many new schools have been built, half of them in national republics. Of particular interest to teachers from other countries is the experience of intercultural dialogue in national schools in Russia. The expediency of these educational institutions in terms of multicultural education consists primarily in the fact that, on the one hand, they provide a single educational standard, and on the other – they attach to the national (ethnic) cultural tradition. This brings up a person capable of dialogue in a multi- ethnic environment. In any school in Russia, if there are students of other nationalities, a separate class ( study group) can be organized with a focus on national culture, with the study of the national language and national literature. At the same time, children are not separated from Russian students. the rest of the classes are attended together, and they perform at common events in the school, showing their national culture to others. We believe that this is the real tolerance.According to official data, 36 new schools were built in the national Republics by the beginning of the school year at the expense of the Federal budget of Russia in 2019. 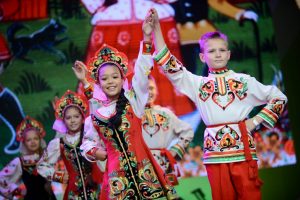 National schools and educational institutions have been established in the Russian capital since the 1990/91 school year. At first, these were Armenian, Jewish, and Tatar pre-schools and separate classes. The number of ethno-cultural specialized schools grew. In 2004, there were 74 such pre-school institutions, schools, and cultural and educational centers. Among them are secondary schools with an ethnocultural component: Azerbaijani (#57), Armenian (#1110), Georgian (#1680), Jewish (#1311), Ukrainian, Polish (#112), Korean, Tatar (#1186), Chuvash, etc. Similar national schools were established in the regions of the Russian Federation. For example, in the Orenburg region in 2004, the ethno-cultural component was used by more than 200 schools, including those with Kazakh, Tatar, Bashkir, Mordovian, and Chuvash languages[2].

These public and private institutions were established under various legal, financial and other conditions. There were educational institutions of national associations and communities, schools attached to embassies and foreign missions, and institutions that had links with major international organizations, such as UNESCO. In some cases, the composition of students was multinational (Moscow school No. 57, where children of 11 nationalities study. Usually, a significant proportion of students in such classes and schools belonged to one of the smaller ethnic groups.

In addition to the standard curriculum, schools with an ethno-cultural component provided knowledge of the language, history, literature, and customs of a particular ethnic group. For example, in school # 1186, in grades 3-4, the manual “Tatar people: life, culture, customs since ancient times” was used for children who do not speak the Tatar language well. At school # 1110, they worked on the textbook “folk Studies”, which was used to study the national character, psychology, rituals, and life of the Armenian people.

During the years of existence of schools with an ethno cultural component several models of such institutions were introduced:

1) with students of the same ethnic group, as well as native teachers of the language and culture of this ethnic group and Russian teachers;
2) with a mixed student body, including representatives of a small ethnic group and Russian children;
3) when organizing classes, when in the first half of the day Russian-speaking children and those who do not speak Russian learn separately, and in the second half of the day – together through the system of electives;
4) with language differentiation of representatives of one small ethnic group who speak different languages;
5) with children of many nationalities with an extensive system of additional education;
6) exclusively additional education;
7) teaching ethno-cultural block in separate classes and groups of secondary schools.