Ecology and how to protect it . What’s dangerous about Greta Thunberg?

It is considered that the causes of climate change and global warming are emissions of carbon dioxide and other gases that cause the greenhouse effect.  Limiting such emissions is one of the main challenges facing humanity. This is true, but it is not the whole truth. We do not claim that this problem should not be dealt with.the environment on Earth includes a large set of unresolved problems, including carbon dioxide emissions at enterprises. An eruption of a single volcano produces much more carbon dioxide emissions than all enterprises in a year. We want to draw Your attention to other problems that are related to human life, which lead to a global environmental disaster. For example, the average average citizen produces about 500 kilograms of garbage per year. 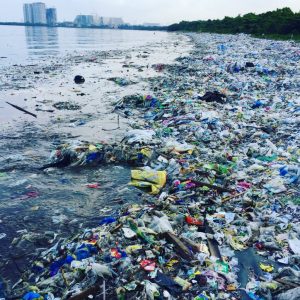 Calculate for yourself on a global scale how much garbage people leave behind on our Earth. This is not only a problem for States related to recycling and control over it. Human consciousness plays an important role. 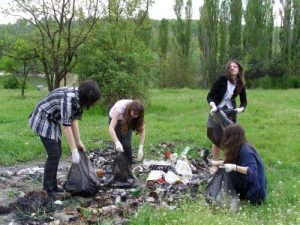 When you sort the garbage for further processing, this is good, because of this garbage is disposed of and the number of manufacturing enterprises that produce products from secondary raw materials is growing. It is bad when people leave garbage behind right in nature after a picnic, throw plastic waste into the world ocean and just litter the streets, throw away food waste and dishes along the roads. It seems that this is a trifle? If social services and volunteers stop working, then in a year all people will walk on the Ground, which is covered with a layer of debris 10 centimeters across the surface.

Another problem is man -made disasters. This is an instant release into the environment of toxic substances that kill not only flora but also fauna on Earth. It is necessary not only to respond promptly to such cases and immediately take measures to eliminate the consequences of man- made production, but also to punish such enterprises, prohibit the work of enterprises that have committed violations . It often happens that companies that have large environmental violations pay a small fine and continue to work.

There are many factors that affect global climate change and they need to be addressed in a complex. Carbon dioxide emissions, man-made disasters, methane emissions from the decomposition of waste, all this leads to a greenhouse effect and as a result, global warming. From a slight warming of 1-2 degrees Celsius, glaciers melt, the level of the world ocean rises, the permafrost thaws, frozen microorganisms Wake up and begin to release more methane into the atmosphere. Methane creates an even greater greenhouse effect and its danger to the climate is greater than from carbon dioxide because it creates a greater greenhouse effect because it has a higher density. (this is a thicker blanket for the Ground). Thus, the main danger is a geometric progression in global warming. Slight warming leads to even faster warming, it’s like a chain reaction.

Today for money you can buy any goods and entertainments, a new body for yourself and change your gender, but NATURE can not be bought for any money.

Every person on Earth can contribute to improving the environmental situation in the territories near which they live. Do not litter where you rest and live, sort the garbage. Participate in the volunteer movement in person or help through the charity’s environmental programs. Meridian center (CF-MERIDIAN.COM) makes a feasible contribution to the cause of ecology on Earth. MERIDIAN organizes the work of volunteers to clean up garbage, participates in the program of elimination of consequences from man-made disasters, promotes the development of environmentally friendly industries, supports agricultural enterprises that do not use chemicals for growing products. The motto of the center of MERIDIAN: “WE ALL RESPONSIBLE FOR LIFE AND CLEANLINESS ON THE PLANET”

Meridian center encourages all enterprises, regardless of the size of their business, to spare no expense to modernize production and use new environmentally friendly technologies. We like, for example, that Henkel fully supports the ideas of the Paris agreement of the United Nations framework Convention on climate change. The company itself participates in the use of clean materials for its production and encourages its partners to implement environmental production. The company’s development program sets a goal of reducing carbon emissions by 75 % by 2030. This is a good example for other businesses.

Why is Greta Thunberg’s activity dangerous? 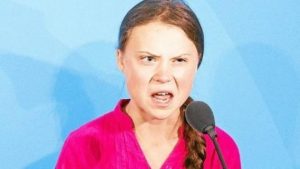 The fact that this girl paid attention to environmental issues is good. What’s wrong? The bad thing is that the project that Greta Thunberg is involved in first became a commercial project for adults to achieve their goals, and now it is also becoming a political project. The use of children in advertising different projects is not invented today and it may not be a big deal if the child helps raise an urgent issue once to pay attention to the existing problem. It is not ethical to use sick and mentally ill children. Why the project with the participation of Greta Thunberg becomes political?

There were calls to bring children to the streets of cities to protest. Children are easy to manipulate. Children will be happy to skip school and not consciously participate in achieving goals that are beneficial to certain groups of adults. Greta Thunberg’s parents chose this fate, not realizing that she would soon grow up and no longer be necessary, and in a few years they would forget about her. Our children should grow up and learn they should be brought up in love with nature and our children should not play adult games. When children grow up, some of them will become scientists and make their contribution to the development of environmental technologies, figure out how to protect the ecology of the planet Earth. Other children will implement the inventions of scientists each in their own place. Do not manipulate the child’s mind.